IN A WORLD WHERE FARMING GROWS EVER MORE CHALLENGING, PALLATON RAPHNO® HAS BEEN PURPOSE-BRED TO THRIVE.

Developed by PGG Wrightson Seeds under the Forage Innovations joint venture with Plant and Food Research, Pallaton Raphno® (a hybrid between kale and radish) has been bred to perform in increasingly challenging environments. 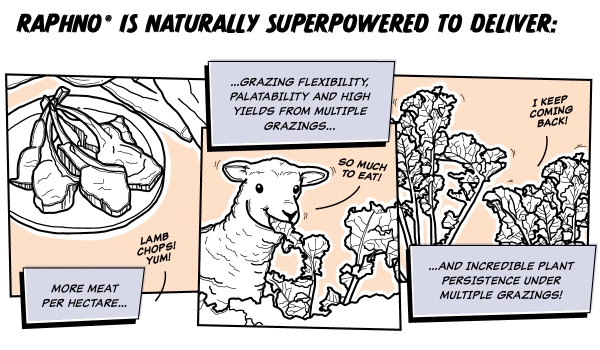 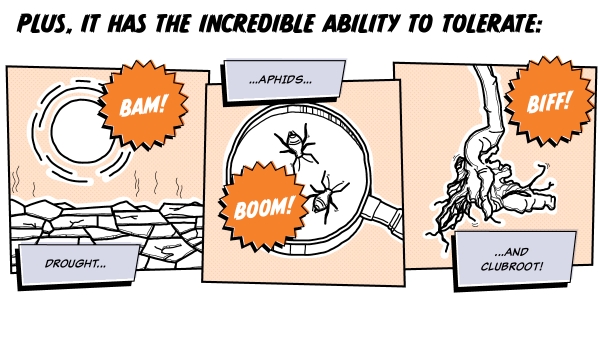 A RESILIENT OPTION IN DROUGHT CONDITIONS 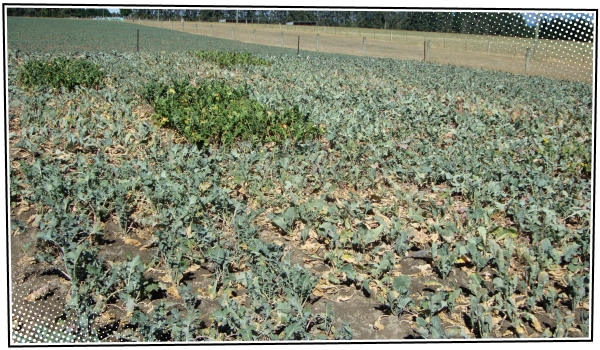 Drought is currently one of the biggest challenges facing farmers in a number of regions. Pallaton Raphno® uses water efficiently (it has a 38% increase in water use efficiency (WUE) relative to Goliath® forage rape), making it an excellent crop choice for those affected.

*Trial completed by PhD student Holly Phillips at Massey University. Meat per hectare data was captured over the period 17/01/2020 to 01/05/2020. Data represents carcass weight gained, assuming lambs starting the trial had an estimated carcass weight using a 39% dressing out percentage, then actual carcass weights were applied coming off the trial for each individual treatment. 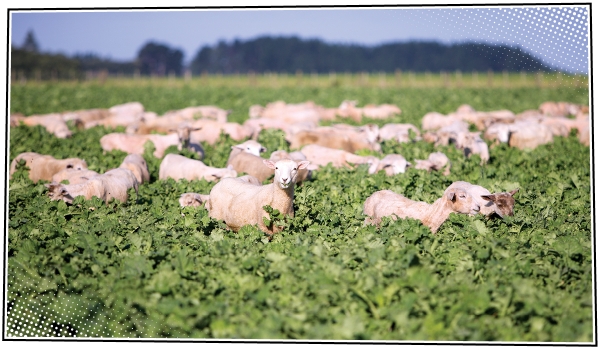 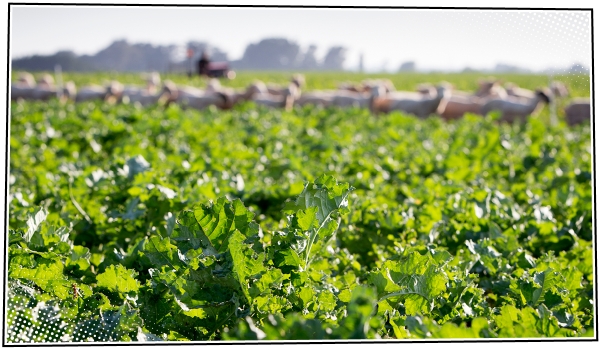 With excellent regrowth potential Pallaton Raphno® will persist for four to five grazings over a 12 month period and can be grazed as early as 50 days after sowing to maximise crop utilisation and regrowth potential.

Every year Waikoha Station in the Waikato plants approximately 60 ha of summer crop, typically leafy turnip, in order to provide a finishing feed for their lambs over the summer months. Last season, Rikki & Kate were presented with an opportunity to use 22 ha of Pallaton Raphno® as part of their lamb finishing system.

Like many farmers throughout New Zealand, spring and early summer were very challenging months with very wet then very dry conditions. Rikki managed to get the crops planted in early-mid October, which meant feed was available prior to Christmas – fortunate timing given the dry spell in December and early January. To alleviate the feed pinch they were faced with, Rikki and Kate decided to move 2200 lambs on to the Pallaton in late December. “Being able to graze Pallaton from as early as 50 days after emergence meant we were able to hold onto lambs that otherwise would have been sold to a deflated store market,” Rikki said. With the dry spell continuing into January, Rikki and Kate were able to hold onto these lambs for an extra 6 weeks, which were then off-loaded into a recovering store market with an extra 90c/kgLW and also sent lambs to the freezing works.

During the dry period, Pallaton was stocked at 100 lambs/ha, while the leafy turnip was stocked at 60 lambs/ha due to the shallow root system and slower growth potential in the dry. They were impressed with how strongly Pallaton recovered after the dry period compared to the leafy turnip. Following the dry spell, rain arrived, and the Pallaton was rotationally grazed a further 3 times over the summer. In autumn, they decided to sow Winter Star II annual ryegrass through the crop to provide additional high quality dry matter for the winter months. They plan to feed this from late May through to September to finishing cattle and grazing hoggets.

Local Sales Agronomist Kyle Gardyne worked closely with Rikki and Kate, and noted the key to their success was the excellent grazing management strategies. “They always grazed the crop at around the 4-5000 kgDM/ha mark (knee height) when the crop had mostly leaf and petiole, as opposed to too much stem. This ensured optimum regrowth potential of the crop and excellent utilisation for lambs,” says Kyle. After seeing the potential of what Pallaton can do for their farm system, in what was a very challenging summer both with extremely dry and then wet conditions, Rikki and Kate have expressed they will be planting all Pallaton this coming year. 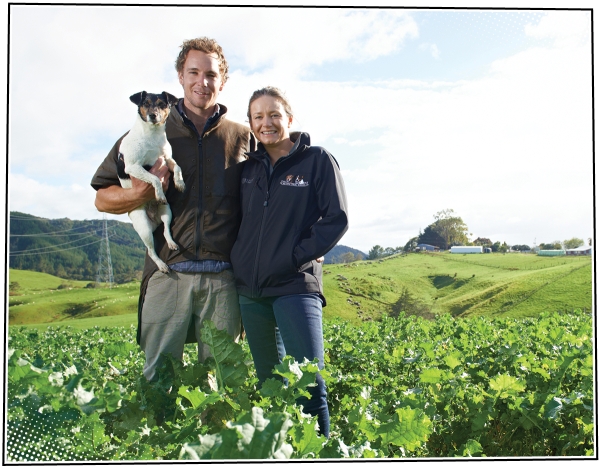 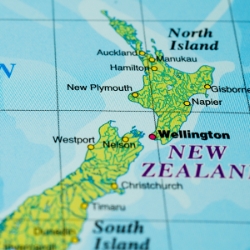 Contact your local retailer to find out if Pallaton Raphno® is right for your farm.

LOOKING FOR FURTHER INFORMATION? GET IN TOUCH WITH OUR TEAM OF EXPERTS: