Surrounded by dairy farms, Mid-Canterbury farmer Mike Davis has taken a cue from his neighbours, switching from grazing his own stock to focusing solely on winter grazing dairy cows.

Previously a sheep and deer farmer, running 2500 ewes and 300 hinds, he started grazing cows for nearby dairy farmers about eight years ago. Selling his own stock, for the last five years he has concentrated solely on winter dairy grazing, planting the whole property in kale, fodder beet and greenfeed oats for the critical winter months when up to 4000 cows are on the farm. All cows are walked to the farm, with the furthest 15 km away.

At Ealing, on the north bank of the Rangitata River, 5 km inland from SHI, the 306 hectare dryland property is farmed by Mike and his partner Zahra in a long-term lease arrangement.

In addition to wintering 3000 dairy cows, this year he is also grazing 2500 in-lamb ewes from drought-affected North Canterbury farms. “Because of the earlier dry conditions we thought we would be short of feed, but after a great April-May we ended with a surplus and so decided to help out some North Canterbury farmers.”

Regal kale has been the mainstay of the winter grazing operation for the last four to five years, with 180 ha planted in the crop in each of the last two seasons. Another 100 ha is evenly split between fodder beet and greenfeed oats.

“Regal kale is a consistent performer, averaging 11 tonnes of dry matter/ha this year, despite a dry summer. Last year, in a favourable season it yielded 13 tDM/ha, dryland.

“Regal kale has never let me down” says Mike.

“I like that it has a high leaf-to-stem ratio and it produces good quality feed. Our dairy farmer clients like the kale as they can put a lot of weight on their cows. Regal also has excellent crop utilisation, with stock eating it right to the ground.”

Some herds were fed a half portion each of fodder beet and Regal kale, while some were fed only Regal kale. Cows are fed 12-14 kg/DM brassica each day as well as 2-3 kg/DM of barley or ryegrass straw.

Mike says he is a fan of kale and it would always make up a substantial portion of a cow’s winter brassica diet on the farm. “We don’t have any issues with transitioning cows onto kale. There are no management issues with kale – it’s a very safe feed for us.”

Cows arrive at the end of May or start of June. In-calf heifers return home around July 20, followed by cows in staggered groups through to mid-August for later-calving cows. While Mike manages the feeding of some herds, other dairy farmers prefer to bring their own gear, arriving every day to shift the breaks and feed straw.

Mike says his rule when planting is for kale to go in no later than the first week of November. “Being dryland, it is quite critical to sow the crop when there is still moisture in the ground. As long as we can get it up and growing before it dries out too much in summer. The kale can look terrible during a drought, dropping leaves, but as soon as it gets rain, it is green and growing.” Crops are monitored in summer and autumn and sprayed if they come under stress from pests such as aphids. 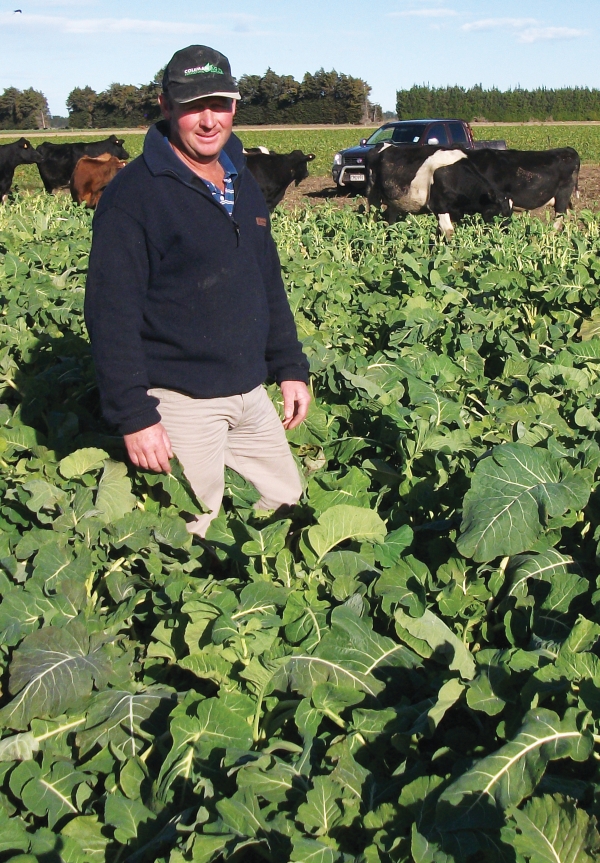 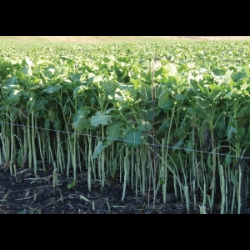 Click here to see our full range of Kale cultivars.